The End of Growth and Time for a New Era

The Price of Oil and Beyond

Leave a comment Posted by Rob Kaulfuss on January 21, 2017

Sunset on the Age of Oil

The American Dream of suburbia and the post-WWII global economy were built on cheap oil. Although the price of oil is down by over 40-50% from the $100 level of recent years, they are still higher than during the formative post-war period or even that of the 90s ($10-$30).

Oil and gas are now in a lose/lose situation. When prices are high for a sustained period, it will spur production (supply) but put a drag on world economic growth (demand), leading to a surplus and then a price collapse. When prices are low for a sustained period, while not helpful for alternatives, oil and gas companies will suffer more and production will eventually be cut back while demand rises, leading prices to go back up. Over time, technology improvements in extraction and production will be more than offset by rapid depletion rates. The low-hanging fruit has been picked.

Meanwhile, the economics of solar and wind will continually improve and are now close to competitive, even without subsidies.

A Brief History of Oil Prices 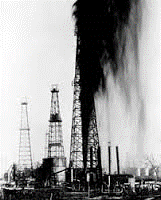 When oil was easy 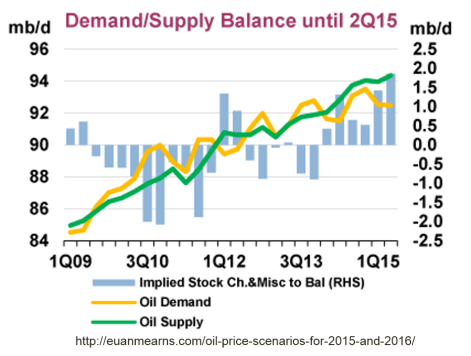 Why Oil Prices May Be Volatile

Here is the key to it all:

Why Unconventional Oil is So Costly

Much of the low-hanging fruit (cheap oil) has been picked.

1 mile down to the sea floor, 2 miles further down to the oil seam. When something goes wrong…

Fracking for Shale Oil and Gas

See my full post on fracking for more on the environmental and economic costs. 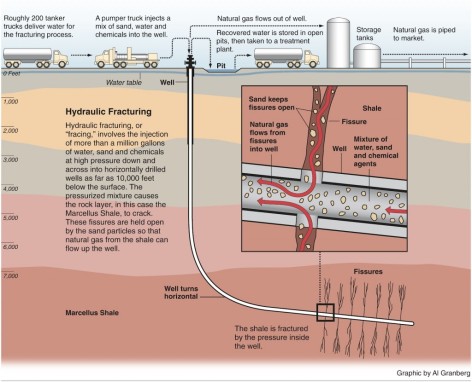 Imagine the energy, water, and expense of steaming oil out of this.

Think these unconventional sources will continue to be produced with low oil prices? Think again. Low oil prices will wreck havoc on the debt-laden unconventional oil producers and oil service providers. This could be the next financial crisis and is already leading to whispers that there may be a need for bailouts.

View My Stats
“If kindness and comfort are, as I suspect, the results of an energy surplus, then, as the supply contracts, we could be expected to start fighting once again like cats in a sack.” —George Monbiot